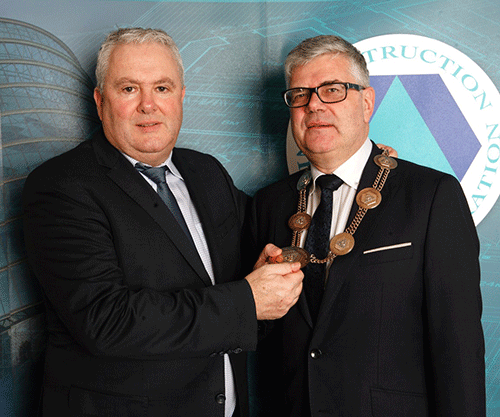 Colm Burke, Managing Director of Hyperscale Data Centres at Mercury has been appointed as President of the Electrical Contractors Association.

The announcement was made at the Electrical Contractors Association (ECA) and Mechanical Engineering & Building Services Contractors’ Association (MEBSCA) AGM, which took place recently.

Colm Burke thanked Tim Ferris for his commitment and dedication to the ECA during his presidential term, particularly for his work in the area of progressing the industry’s digital transition.

Colm said: “Tim has done an outstanding job in an important year for the industry when it made substantial progress in transitioning to being a modern digital-enabled construction sector”.